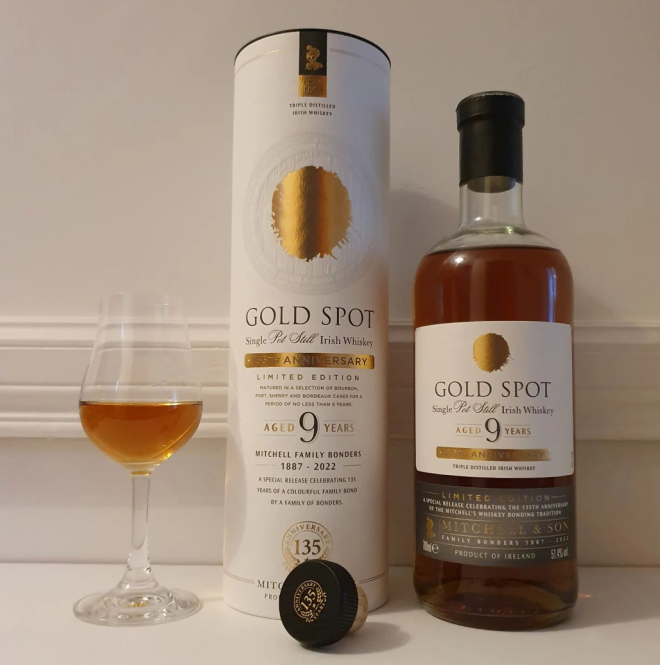 Irish Single Pot Still is uniquely Irish and protected by a Geographical Indication (GI) similar to Cognac, Scotch, or Champagne. It can only come from Ireland and must adhere to certain specifications. Aside from the economic benefits of a protectionist endeavour like the GI, it also aims to preserve the historical significance of the article it’s trying to protect. In the case of Irish Single Pot Still Whiskey, its uniqueness comes from the use of raw barley and other grains in the mash bill (vs just malted barley for Single Malt Scotch), distilling in copper pots (vs use of column stills in bourbon), and not being limited to oak in maturation (vs just oak for Scotch and virgin oak for bourbon). These have origins in history and are now being touted as why Irish Single Pot Still’s flavours differentiate it from the rest.

However, the more critical consumer would know that whiskey’s flavour is more complex than just that. There have been a lot of debates around where a whiskey’s flavour comes from, with statements like “up to 80% of whiskey’s flavour come from wood” thrown around in published books, by brand ambassadors, and everyone in between. This is my attempt to list what I think contributes to or affects whiskey’s (the one that ends up in a bottle) flavour at each production stage.

Raw ingredients – What grains are used? Barley, rye, oats, corn, and wheat are commonly used in whiskey. What type? Where is it from? What proportions are the mash bills made of? Does terroir exist? Okay, we went from zero to ninety, but you know what I mean.

Malting – Are some or all of the grains malted? Was peat used?

Distillation – Is it double or triple-distilled? Were the stills half-filled or full? Are the stills new or used in distilling (perhaps other spirits) before? What’s the shape and capacity of the stills? Are the stills flame-fed? Is it fast-boiled or slow? What are the cut points? Do they use a worm tub condenser?

Maturation – The type of wood and how long the maturation is, is top of my mind, but how about other factors like the fill strength, the size of the cask, what liquid the cask held previously, the freshness of the cask, the environment the cask is in, the location in the warehouse, is the liquid re-casked or married with other casks? Was it finished in another cask?

In another article, I’ll elaborate more on the above stages so I can circle back to the Gold Spot. There’s a lot of content about the Spot Whiskeys, their history tied to the Mitchell family, and their whiskey bonding, which started 135 years ago, so I won’t repeat them here. Suppose you’re unfamiliar with the Spot Whiskeys and the Mitchell family. In that case, I recommend reading up about them first and coming back here as they have a very colourful (pun intended) history and are arguably one of the few factors that helped the survival of Irish Single Pot Still throughout history.

Finish – Nice balance of fruits and spices that fades out, leaving a tingly sensation.

To summarise what’s in Gold Spot, it’s triple-distilled Midleton pot still, aged for no less than nine years in bourbon, sherry, Bordeaux, and Port casks, non-chill filtered and bottled at 51.4%. On paper, this should have been a phenomenal whiskey. I was really excited to try it when it was announced. I was able to nab a bottle at retail for €120, and my bottle is nearly empty.

I describe amazing whiskeys as tilt-your-head-back good because I tilt my head back subconsciously at the first sip. When I had my first sip of Gold Spot, I tilted my head but to the right, with a questioning look on my face. Whether it was my own fault for expecting too much or something happened with the whiskey along the way, it just didn’t hit it for me. The nose is fantastic, but the palate under-delivers. I also took my time trying the whiskey over the course of the last two months to see if it gets better with the bottle open.

I expected to have the same experience when I first had Blue Spot, which I thought was an 8/10 whiskey at cask strength and 8.5/10 with a drop of water. I notice that the ABV for Gold Spot is 51.4%, but it doesn’t say anywhere in the bottle that it’s cask strength. I wonder if it was cut to this ABV to satisfy demand, increase revenue, and maybe to take into account some of the consumer feedback from Blue Spot that it needed a bit of water. I’m only guessing, but if there was a missing 5% that could’ve been there but was traded off to increase quantities, I don’t think it was a good trade from a flavour point of view. Another reason why I believe Gold Spot has been cut is by comparing its ABV with the recently released 13-year-old single cask Yellow Spot, which is at 57%.

For me, it’s a good whiskey, but a few essential things are missing. I expected more: a more viscous mouthfeel that coats my mouth like Blue Spot (which retailed at €80), the flavour bomb that’s Yellow Spot (which retails at €80), and the balanced red fruits and pot still spice that I get from Red Spot batch 2 (which retailed at €130). It has the drinkability of a Green Spot, but the price difference is significant.

What I learned from writing this is that it takes more than just focusing on some aspects of whiskey production to create unique whiskeys. In some respect, each stage is an opportunity for something wrong to happen, so when we get one that blows it out of the water, that deserves appreciation. Whether it is blended, cask strength, from a bonder, or a distiller, whiskey making is both science and art, which is why I love whiskey.

The Water of Life provides balanced and impartial whisk(e)y reviews and discussion.

To stay up to date, follow us on social media: